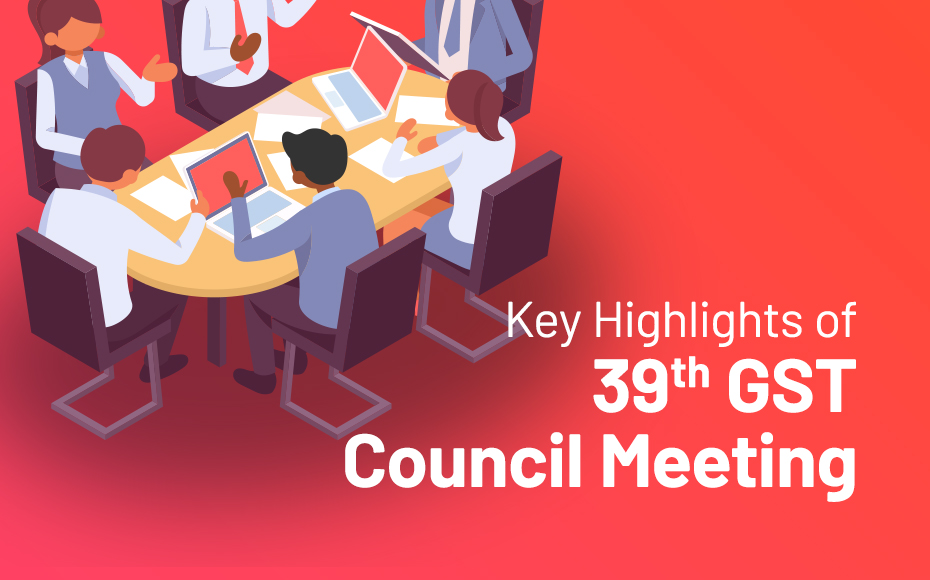 39th GST Council meet was held on March 14, 2020 at New Delhi. The council was chaired by the Union Finance Minister Mrs. Nirmala Sitaraman, which was also presided by the Minister of State for Finance & Corporate Affairs, Mr. Anurag Thakur.  The meeting was attended by finance ministers of different states and Union Territories, alongside other senior officials. The following segments under GST were the basis of discussion of the 39th GST council…

GST Rates have been amended with effect from April 1, 2020:

Revision of Due Dates of GSTR Filing:

Other Important Decisions of the Council:

The Ministry of Finance has decided that the Chairman of Infosys Mr. Nandan Nilekani will present the progress updates regarding the GST IT systems in the upcoming three GST Council meetings. It has to be inferred that the 39th GST council outcomes harmonized well with the contemplations of the onlookers.
It is generally commented that the approach of the GST council would make the business market to clasp changes in an attuned pattern.

The GST Compensation Cess will compensate the states for any revenue loss incurred on implementing Goods & Service Tax (GST) on July 1, 2017 for a period of 5 years or as the GST council recommends