Home / Our Blog / IGST: What to Know & Its Overview 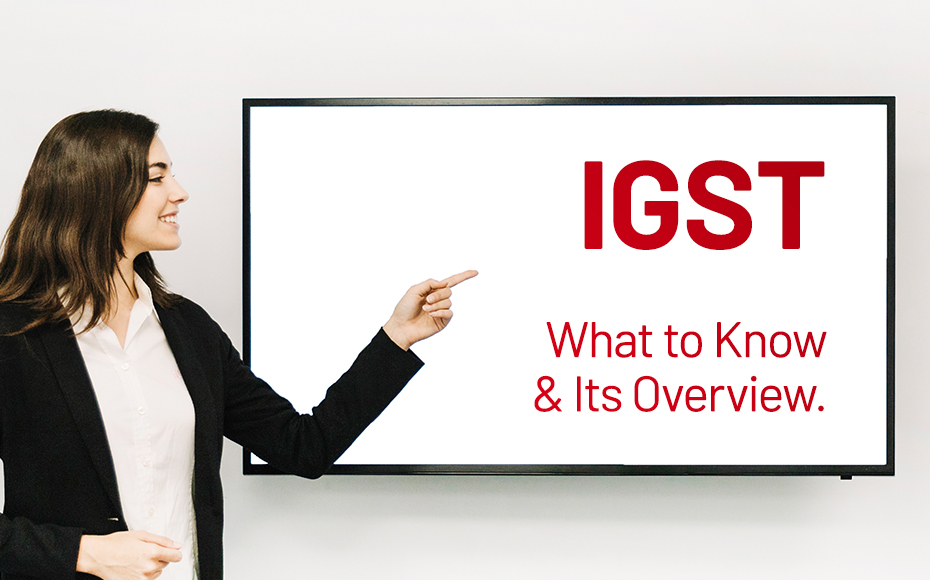 India is one country that has a tax system upholding the catchphrase “One Nation, One Tax”. GST has many sub-systems as per the taxes levied by the Central & State governments such as:

Through these various tax subsystems, the government levies taxes from the citizens. In this article, the briefing is restricted to Integrated Goods & Services Act (IGST) alone for the better understanding of our readers.

What is the Definition of IGST?

As per the Article 246A(2) of the Constitution of India as amended with effect from 16/09/2016, Section 5(1) of IGST Act states “Integrated Goods & Services Tax (IGST) means tax levied under the IGST Act on the supply of any goods and/or services in the course of inter-State trade or commerce.”

What are Inter-State Supplies?

If the location of a supply and place of supply are in different states or two different union territories or a state and a union territory, then that supply of goods and/or services is categorized as inter-State trade or commerce. This is in accordance with Section 7 of IGST Act.

How is IGST Taxed under GST?

Following are the standards for the taxation of IGST under GST:
• IGST is levied on inter-State supplies of goods and services and collected by Centre
• IGST is approximately equal to the sum of CGST and SGST
• The inter-State sellers’ IGST payable is based on value addition after adjusting available credit of IGST, CGST and SGST on his purchases
• The claimable credit of IGST can be done by the importing dealer once his output tax liability is discharged.
• The credit of SGST used in IGST payment is transferred to the Centre by the exporting State. Also the Centre will transfer the IGST credit used in payment of SGST to the importing state. A Central Agency will verify the claims and direct the Central and State government to transfer the corresponding amounts.

What are the Benefits of IGST Model?

How is IGST Payment made?

ITC or cash are the main modes of IGST payment. If ITC is used for IGST payment, then an order needs to be followed as illustrated below:

Note: IGST liability outstanding if any should be paid in cash. This order/hierarchy is ensured to be followed by the GST system for IGST payment using credit.

How does the Settlement of Accounts between Central & State Government Occur?

The settlement of accounts between the Centre and the States happen in two categories:

States are directed to settle the amounts on cumulative basis based on the details inputted by all the dealers in the settlement period. The settlement of amount between CGST and IGST accounts is also similar to the above manner.

How is Settlement performed for SEZ Units or Developer?

The supplies to SEZ units or Developer will be zero rated is similar to the method followed in physical exports. No tax payments are required for making supplies to SEZ by the suppliers. Also, suppliers can claim refunds of input taxes on such supplies.

The concept of ‘supply’ instead of ‘sales’ is a unique factor of the IGST system. Also the removal of difference between goods and services is a significant shift taken by GST and a remarkable one standing out from the usual procedures of the system.