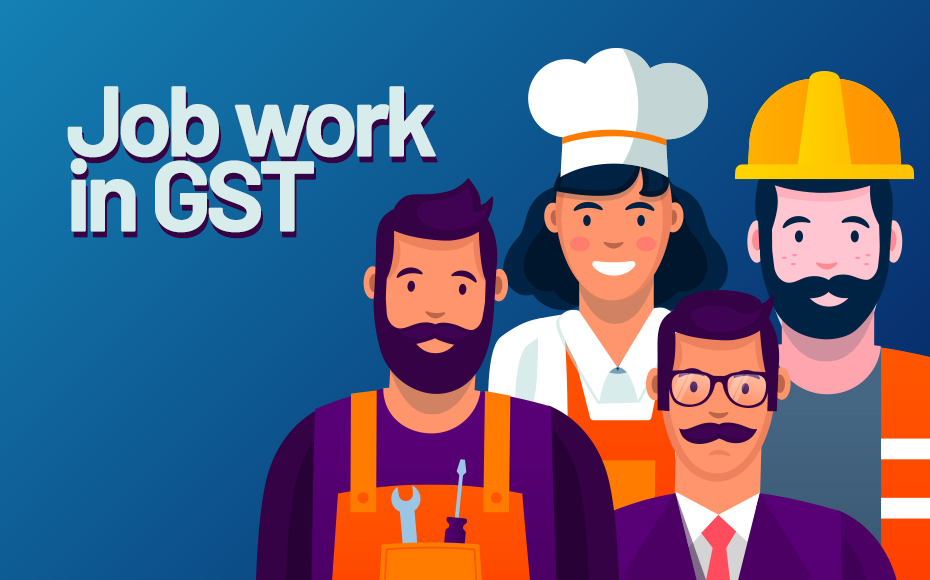 Outsourcing has become a profoundly preferred business for large entities. When there are large numbers of operations to undertake, outsourcing is the feasible option that companies can go for owing to the following reasons:

Job Work in GST is relevant in today’s manufacturing industries as more of them are outsourcing their processes to job workers. Let us have a better comprehension of Job Work in GST…

What is Job Work Under GST?

What are the conditions to be followed for Goods, Inputs & Capital Goods Supplies?

ITC credit can be availed by the ‘principal’ for taxes paid on inputs or capital goods either sent to a job worker after receiving them at his place of business or when directly sent to a job worker without their being first brought to his place of business. However, the inputs or capital goods, after completion of job work, are required to be received back or supplied from job worker’s premises, as the case may be, within a period of one year or three years of their being sent out.

What Happens when the Job Worker Fails to Supply from the Place of Business of Job Worker within Prescribed Time Period?

No special procedure is applicable to the ‘principal’. The inputs or capital goods can be sent simply after paying the GST. In this case, the job worker should claim the ITC and supply back the processed goods, after paying GST.