Home / Our Blog / Types of GST 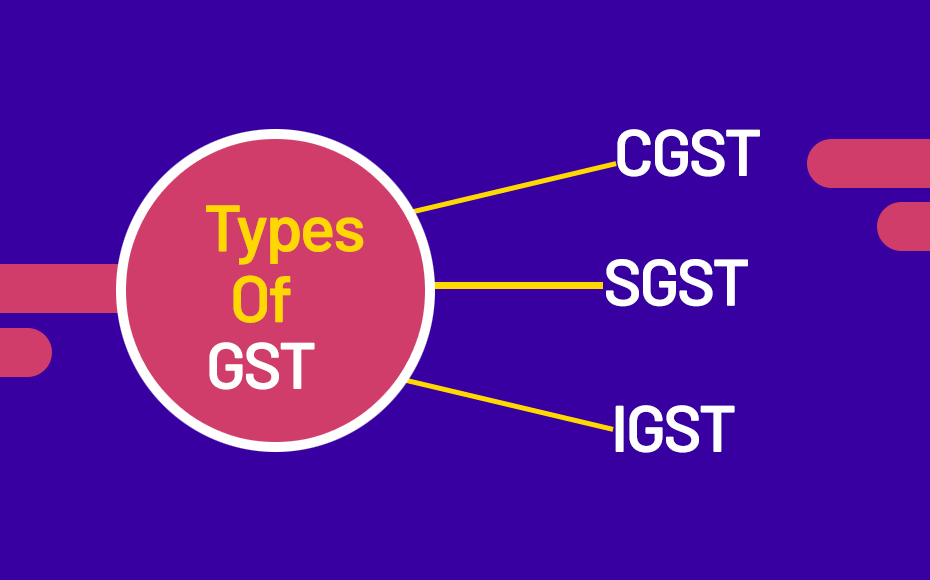 GST is a simple all-inclusive tax structure that replaces the indirect taxes and provides a rationalized structure for tax system in India. GST could eliminate the cascading effect of tax i.e. tax on tax disadvantages of the country. The types of GST include

What are the Components of GST?

GST has various components that contribute to its absolute GST framework, otherwise called as types of GST. The GST types are determined based on the province in which the goods and/or services are exchanged and transactions made. Based on this viewpoint, the different types of GST are:

What are the Determining Factors of CGST, SGST and IGST?

The determining factors of CGST, SGST and IGST are derived from the taxable transaction that happened in intrastate and interstate supply.

CGST is a Central Government imposed tax applied on intrastate supply of goods, services or both that falls under the CGST Act. SGST also levies tax on intrastate supply itself, only State Government will be the administering body collecting the SGST taxes. Thus State and Central governments will agree on combining the collected tax and sharing an agreed upon revenue between them. According to Section 8 of the GST Act, taxes will be levied on all intra-state supplies where the tax rate shall not exceed 14% each.

Intrastate supply of goods and services draws SGST, collectable by the state government and is on par with the SGST Act. CGST will also be imposed on the same intrastate supply, but will be administered by the central government. Tax liabilities under SGST can be applied under Input Tax Credit (ITC) of SGST and IGST only.

What is the Union Territory Goods & Services Tax (UTGST)? 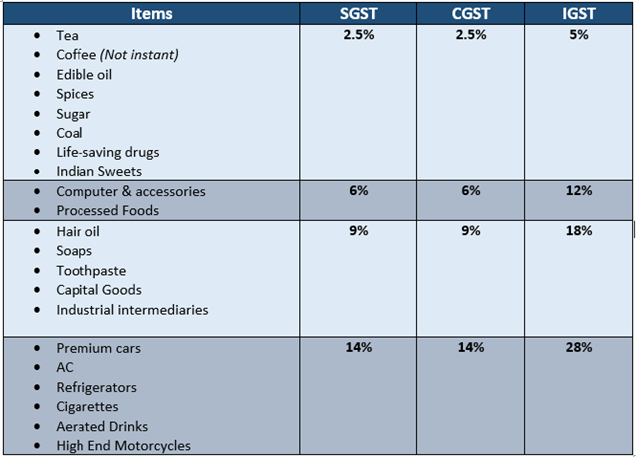 Lets Assume, goods worth Rs. 15,000 are sold by a manufacturer X from Karnataka to a Dealer Y in Karnataka. Dealer Y resells it to Trader Z in Kerala for RS.26,250. Trader Z finally sells it to the final Customer A for Rs.45,000.
Applicable tax rates for the goods sold are:-

For more about GST

The GST Compensation Cess will compensate the states for any revenue loss incurred on implementing Goods & Service Tax (GST) on July 1, 2017 for a period of 5 years or as the GST council recommends