Home / Our Blog / Working of E-Invoicing under GST 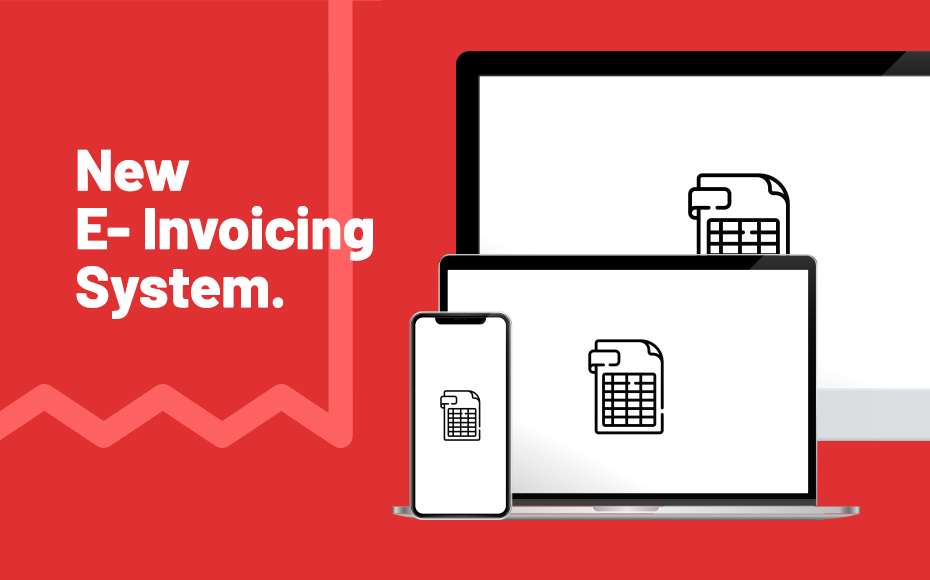 E-invoicing generation under GST has four constituents namely Seller, E-invoice registrar, GST system and Buyer. It is a simple procedure that is understandably divided in to 2 major parts:

This system follows a sequential interaction in the pattern Seller->E-invoice registrar(s)->GST system->Buyer and other feedback interactions involved. There is a phased intercommunication about the progression and development of the system between the seller’s software, buyer’s software and banking systems.

In the coming session, the reader will have a clear understanding as of how the workflow conceptualizes the E-invoicing generation under GST.

Part A: Workflow Interaction between Seller and IRP

Seller should have a source for outputting invoice data into JSON format from his accounting software, ERP, Excel/Word Document or even a mobile app. Those who do not have any online tools can utilize an offline tool for entering data of the invoice for submission. The SME taxpayers with annual turnover < RS.1.5Cr can utilize the cost-free accounting and billing system offered by GSTN.

Step 2: This is an optional step that requires the generation of Invoice Reference Number (IRN) hash for uploading along with invoice data. Generating IRN hash requires the following 3 parameters:

Step 3: The seller has to upload the JSON format of E-invoice to the IRP (along with IRN hash if opted). JSON can be uploaded directly to IRP or the seller can select GSPs or third party apps.

Step 4: Once the supplier uploads JSON, the IRP will generate and validate the hash of rthe uploaded JSON through the Central Registry of GST System. This will confirm that the same invoice from the same supplier of a same FY is not uploaded again. Once confirmed, IRP will add its signature on the Invoice Data and QR code to the JSON. The QR code will include GSTIN of seller, GSTIN of buyer, Invoice Number, Invoice Date, number of line items, HSN code of the chief commodity in the invoice as per the value, hash and other factors.  The IRP computed Hash will be the Invoice Reference Number (IRN) of the E-invoice. This IRN will be the unique identity for each invoice for an entire FY in the whole of GST system for a particular taxpayer. The Central Registry of GST systems will have each of the hash sent by every IRP for ensuring that each IRN is unique.

Step 5: The data uploaded with GST and E-way bill system is shared ( the detailed illustration of the same will be available in the Part B section of this article)

Step 6: Digitally signed JSON and IRN along with the QR code will be sent back to the seller. The seller and the buyer will receive a registered invoice through their mail ids provided in the invoice.

Part B: Workflow Interaction from IRP to GST System and Buyer

This section details the 5th step of Part A: Workflow Interaction between Seller and IRP.

Step 5(a): Share the signed E-invoice data along with the IRN to GST and E-way bill system.

Step 5(b): ANX-1 of the seller and ANX-2 of the buyer will be updated in the GST system that will determine the corresponding liability and ITC.

1. As per the business needs, the seller and the buyer has to update all the mandatory items in the E-invoice and other business obligations so as for the E-invoice to be acceptable by the GST system.
2. Even if the seller send his E-invoice for registration to more than on registrar, the IRP shall return only one registered IRN for each invoice of the seller.
3. Through QR code quick view is enabled, validation and access of invoices from the GST system is made possible through mobile devices.